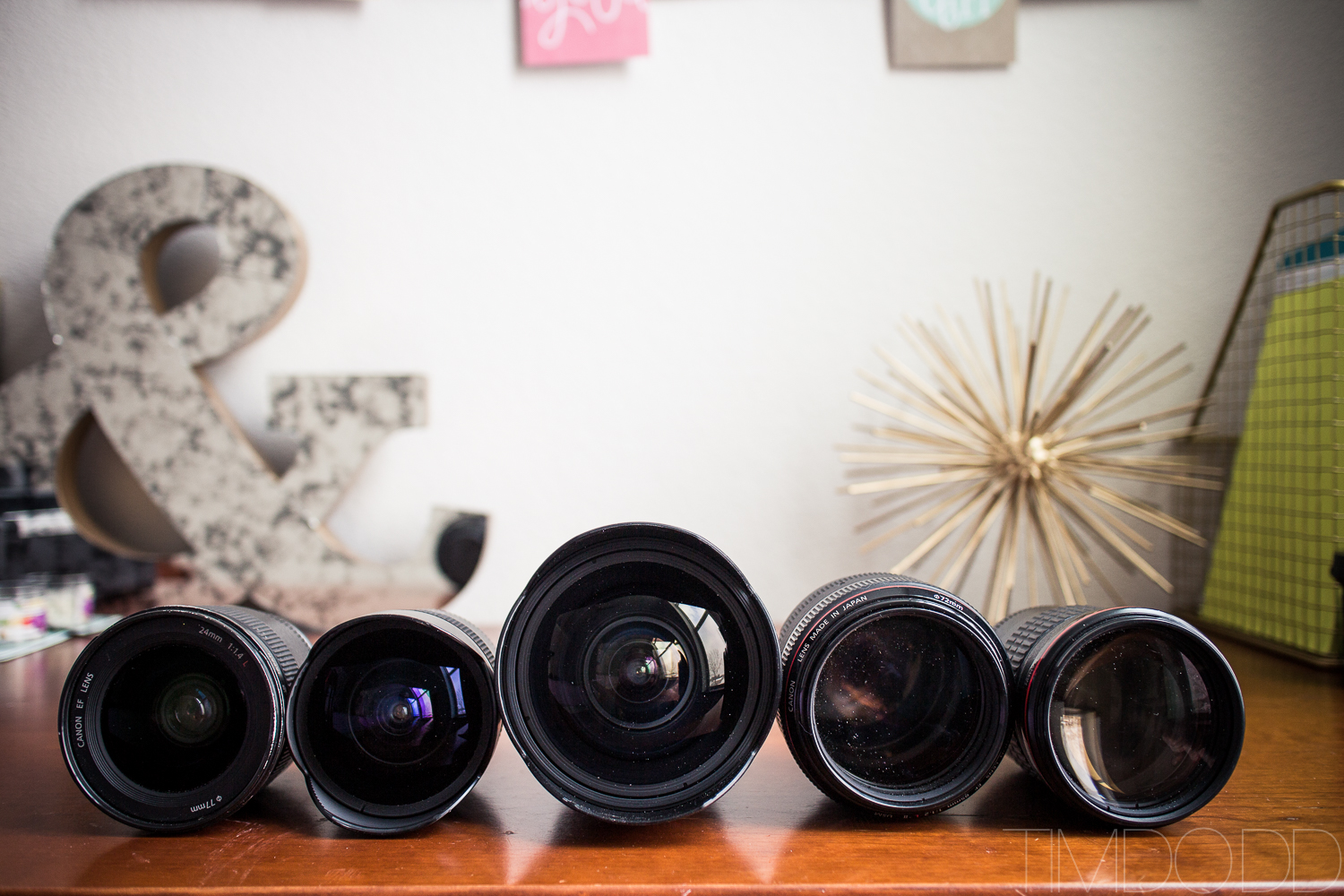 What is a prime lens?  A prime lens is simply a lens that does not have a zoom function.  Do not confuse zoom with telephoto! A lot of people equate zooming with the ability to get up close to objects that are far away, which is false.  Zooming is the ability to change the focal length of the lens.  Pulling in something far away is a result of having a telephoto lens (zoom or prime), but not necessarily from “zooming in.”

Any person that asks me for advice on what camera to buy, no matter the price range, I also advise them to buy a 50mm prime lens.  It can be an inexpensive 50mm f1.8 lens or a wallet-breaking 50mm f1.2L lens.  My main reason for advising someone to have a “nifty fifty” is so they stop and think before they shoot.  If you’re stuck at one focal length, it will force you to think about your angle and perspective much more. Sometimes it might be terribly frustrating, but 9 times out of 10  you will end up taking pictures from a perspective you would not have chosen if you had a zoom lens.  It will open your eyes to “the big picture.”

“What if you need to zoom in on something?” Well you have a few options.  ONE: You get off your lazy butt and move! Ok, sometimes you can’t move closer (During a wedding ceremony you can’t just stand up and move closer–well not too much at least) or, on top of the Eiffel tower, you can’t really move closer to those buildings way off in the distance… So option TWO: Switch lenses, SILLY! :) I know, I know… each prime lens costs at least $300, and now you have to carry around 2, 3 or 4 lenses! That adds up!!!

“Why on earth would I want to pay more for a greater inconvenience?”  One word: performance!!! Not only are prime lenses much sharper, they can achieve shallower depth of field, greater color saturation, and can shoot in virtually the darkest of situations!

If you’re a professional and debating whether or not you should leap into the world of primes, you probably already have two camera bodies.  If you’re a working professional without two bodies… TISK TISK!!! I personally shoot with two bodies, one that is a crop sensor and one that is full frame. I could have just stuck with two full frames, but I purposely chose to do a mix.  This is so using just three lenses, I can achieve almost any arrangement of focal lengths! I have a 24mm, a 50mm and a 135mm. BUT.. using the combination of my bodies, I can shoot what feels like 24mm, 38mm, 50mm, 80mm, 135mm, and 216mm. PLUS I have a 2x teleconverter which allows me to have 270mm and 432mm as well!  If you don’t understand why this is, make sure you understand the basics of what a crop sensor actually does and how it alters your perceived focal length.  In short, a crop sensor will magnify your focal length by 1.6 times.

So to further this practice, here’s another example.  Take a look at your focal length in your .exif data from your last couple shoots. Chances are, a most of your photos are taken at the widest setting of your zoom lens or the most telephoto setting.  Let’s say you have a 18-55 lens on a crop body.  My guess would be most of your photos fall either at 18mm or at 55mm.  This means you’re already fairly used to shooting with primes and you could achieve much better results by switching to two lenses, an 18mm prime and a 50mm prime.

Now back to those professionals who have two bodies… I keep a 24mm on my full frame camera, and the 50mm on my crop.  Having a 24mm on the full frame is equivalent to 15mm on the crop  (24mm divided by 1.6 = 15mm)  So I just keep those two lenses mounted to those two bodies and just switch bodies between shots. Not quite as convenient as a zoom, but darn close!

“What about image stabilizer? Most prime lenses don’t offer image stabilization!” Image stabilizer is a joke IMO. Yes, it’s EXTREMELY convenient for landscape shots when you’re too lazy for a tripod, but it WILL NOT SAVE YOUR BUTT in a dark reception hall.  This is because it can only counter the movement you introduce (your hand shaking). So when you have a couple spinning and dancing in a dimly lit hall, it’s all about shutter speed. I try to be around 1/60th shutter speed to stop movement from a couple dancing.  Try getting 1/60 shutter speed out of an f/4 zoom lens in a dark room.  Yes, you can use a flash to help fill in some of the area, but it will leave the background dark, or washed out by flash.  It won’t look natural.  Even if you can get 1/100th out of an f/4 lens you will be maxing out your ISO and the image will be TERRIBLY noisy. A real world example here would be if an f/4 lens had to be at 3,200 ISO to get 1/60th shutter speed while a lens at f/1.4 would only need 400 ISO to achieve 1/60th shutter speed!!! That’s an INSANELY huge gap and will make a difference in your work. 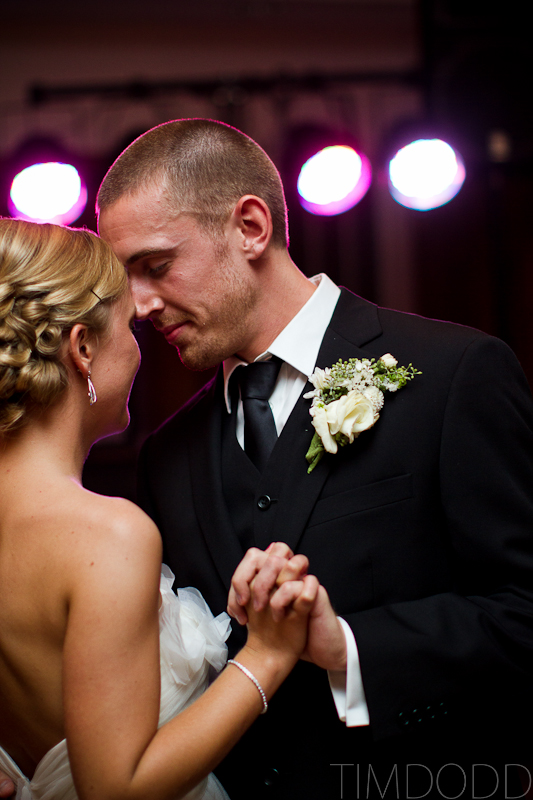 And lastly, of course, prime lenses offer that shallow depth-of-field to die for.  How can you (and your clients) not LOVE photographs that force the viewer to look first at the person’s eyes, or a wedding ring, or whatever you the photographer chose to focus on? It’s something that cheap cameras and lenses cannot replicate (no matter how much “tilt shift effect” someone applies), it’s still not the same.  And with that… here’s an example. 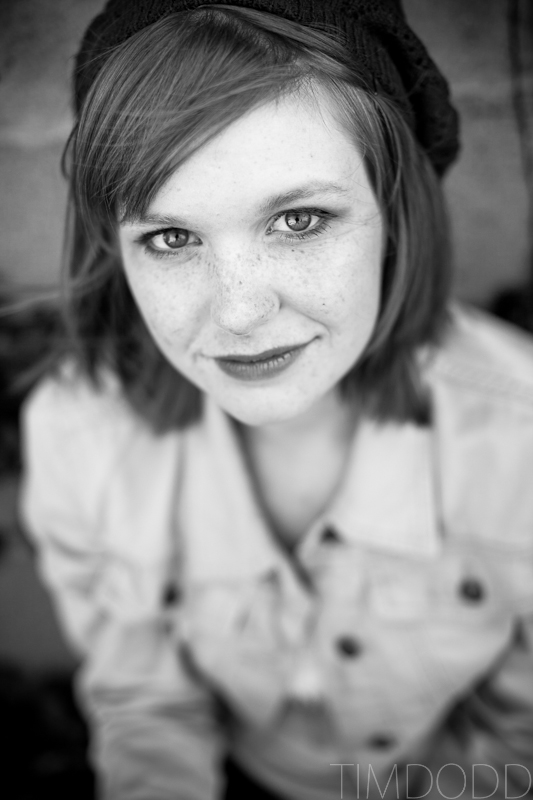 What do you see first? Her eyes, of course! You can’t help but follow that shallow depth of field right to her eyes!

Let me know if you make the jump to primes!!!

I agree with you about flubbing a photo because I used too shallow depth of field.. Especially in landscapes, I quickly learned it's not too pleasing to see things out of focus when it's blown up 72"x36"!!!

Started out with a 30mm f1.4 (Sigma), best thing I ever did. Thanks for a good read and the inspiration :)

Started out with a 30mm f1.4 (Sigma), best thing I ever did. Thanks for a good read and the inspiration :)

Just found your website after following the Taylor Morris story (beautiful pictures btw!). My nifty fifty broke yesterday, *sob*, fell on the floor. Have had it for 3 years and we took some good photos together. I have a 70mm prime and now want to get an 85mm f/1.4mm prime after renting one to do a fashion shoot. I'm just a hobbyist but I would take a prime lens over heavy, clumsy zoom lenses any time.

The worst thing about visiting blogs like this is how terrible they make me feel about the quality of my photos.

Whoops!!! You’re right!! Good catch, thank you for the correction!

And for the sake of spreading good information the blogger should have bothered correcting that a lo-o-ong time ago while claiming it to be a mere typo, if anything.

I'm agonising about switching to primes for weddings – for the longest time I've used the Canon 24-70mm and 70-200mm (along with a Sigma 50mm and Canon 85mm), but I'm seriously thinking of adding either 24mm / 35mm and 135mm (love the look of the Canon 135L at f2). The two zooms weight a ton, and I feel I'm taking the same photos every wedding – maybe it's time to break out of my comfort zone (and hammer my bank account too..!!)